$100 million in gifts to transform UAB School of Medicine

The record gift is the single largest philanthropic commitment in university history and will name the UAB Marnix E. Heersink School of Medicine, as well as establish and name the Marnix E. Heersink Institute of Biomedical Innovation and the Mary Heersink Institute for Global Health. The gift will provide support with both endowed and outright funds for key initiatives of the School of Medicine. 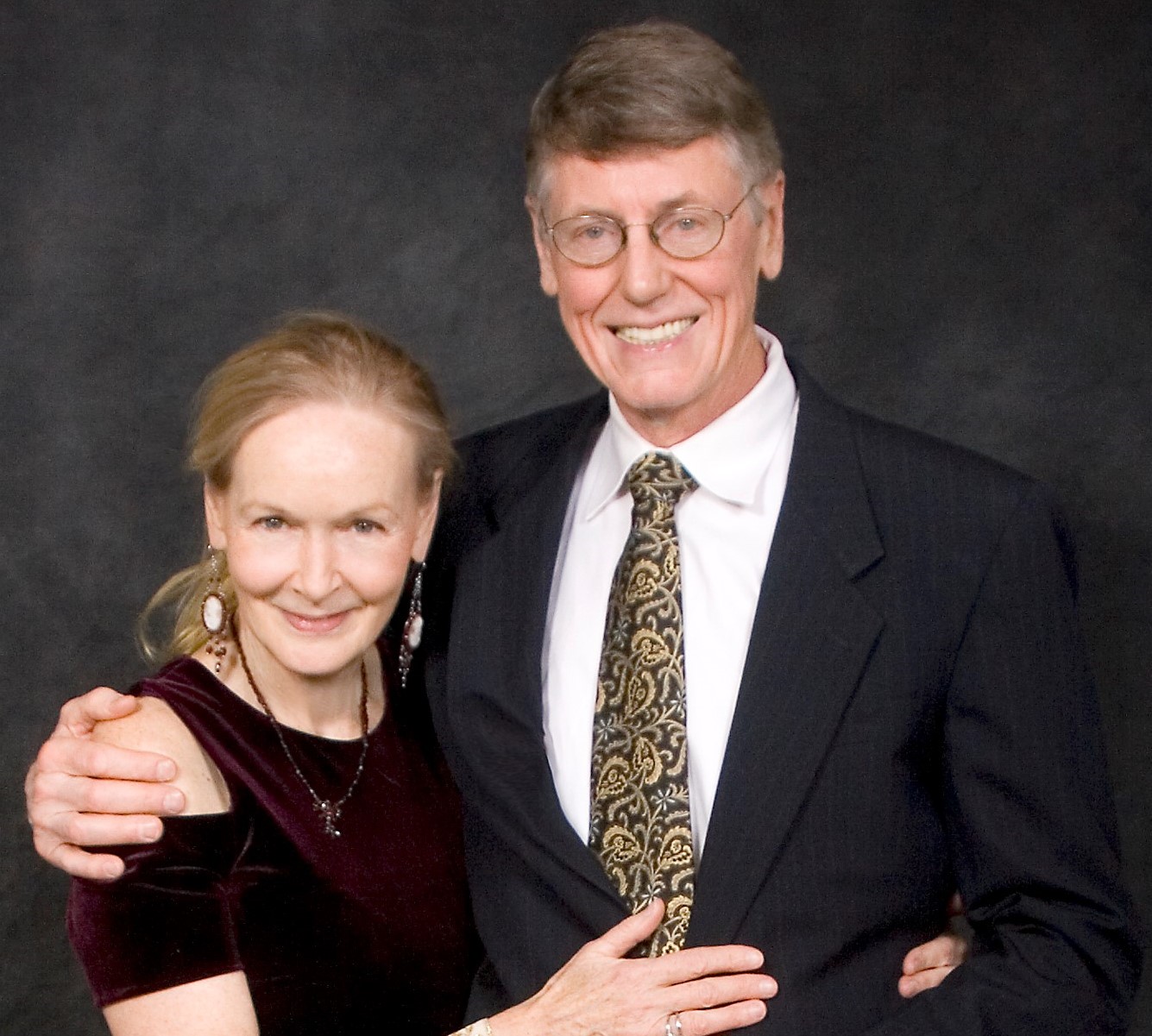 Heersink, a renowned eye surgeon, innovator and entrepreneur, desires this gift to inspire and catalyze additional philanthropic contributions that support high-impact recruitments, programs and research in the School of Medicine. UAB will enhance this philanthropic support with a generous contribution of $5 million from Triton Health Systems, bringing the total support for the school to $100 million.

“On behalf of the School of Medicine and all the people we serve across Alabama, the nation and the world — now and in the years to come — I sincerely thank Dr. Heersink,” Vickers said. “This act of tremendous generosity reflects his heart for service and the scale of our shared ambition for the UAB School of Medicine to be a global leader in biomedical discovery and innovation, medical training, and patient care. It is a powerful affirmation of the unlimited potential of our school and reinforces what we have always known: that UAB truly is a world-class institution.”

“It is a powerful affirmation of the unlimited potential of our school and reinforces what we have always known: that UAB truly is a world-class institution.”

In just five years, the UAB School of Medicine grew its National Institutes of Health research portfolio by $100 million, making it one of only eight schools in the country to do so. This growth catapulted the School of Medicine’s NIH ranking from No. 31 in 2014 to No. 21 among all schools and the top 10 for public medical schools. In addition, 12 departments ranked among the top 20.

Vickers says the generous pledge was a strategic decision made by Heersink to invest in a school of medicine with a rapidly rising trajectory and growing opportunities for transformative impact in scientific discovery, training and clinical care. In addition, this gift will support the school’s strategic growth and help recruit and retain the brightest scientists and physicians in priority areas like precision medicine and pharmacogenomics, pulmonology, oncology, neurology, health disparities, immunology, and others through endowed chairs and professorships — subject to later approval of the proposed occupants by the University of Alabama System Board of Trustees. 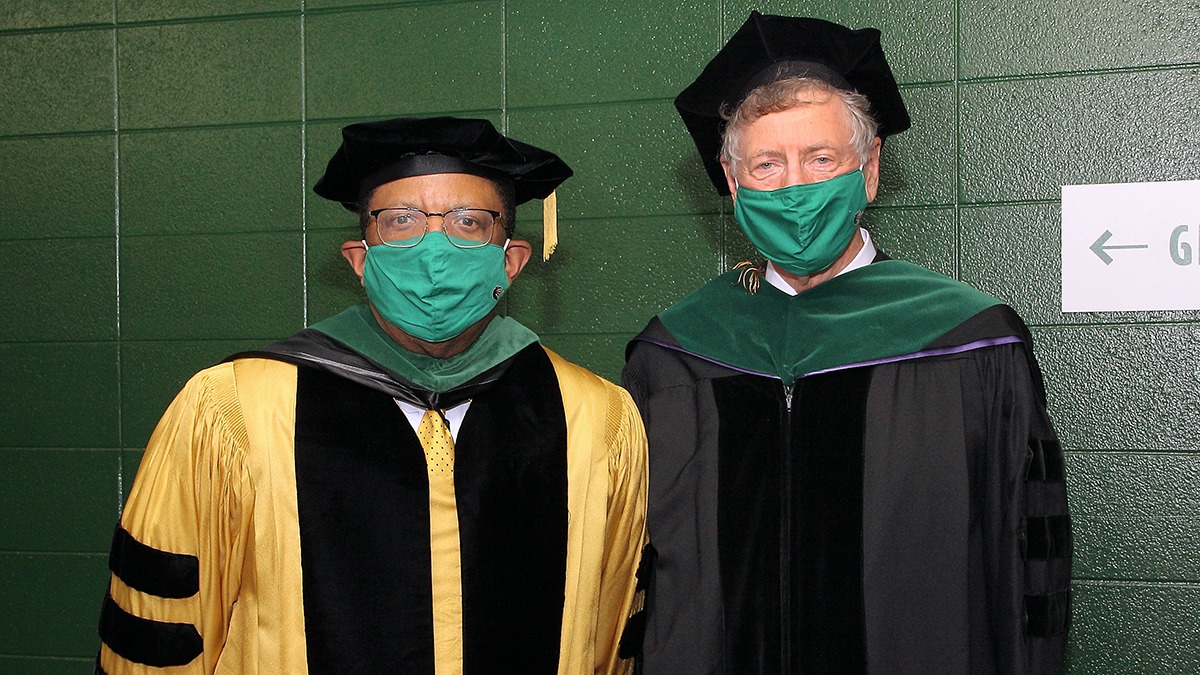 Left to right: Selwyn M. Vickers, M.D., FACS, senior vice president for Medicine and dean of the Heersink School of Medicine, with Marnix E. Heersink, M.D., at the Commencement Ceremony in May 2021

Heersink says UAB’s history of notable achievements and aggressive pursuit of excellence motivated him to partner with the school to advance their shared priorities. He attributes his affinity for the school to a set of qualities it embodies that he calls the three E’s: excellence, expansive and encompassing.

“I have seen that, in all it does, the school strives for excellence, works to expand its reach, and values collaboration and encompassing diverse backgrounds, voices and talents,” Heersink said. “This gift will build on the school’s tremendous momentum and enhance its ability to innovate and deliver on the three E’s (excellence, expansive, encompassing) in a very strategic way. I look forward to a continued partnership in supporting its life-changing work. Mary and I are so appreciative of the wonderful education UAB has given our family and now also look forward to UAB’s increased presence in our hometown of Dothan.”

Naming the School of Medicine has been a priority of Vickers and UAB President Ray L. Watts, M.D.; they stress that a gift of this significance endorses and builds on the school’s worldwide reputation in a very powerful and public way.

“Having the Heersink name on the school is a powerful testament to its competitiveness among the very best academic medical centers in the world, which is indeed the result of our focus on the three E’s: excellence, expansive and encompassing.”

“Having the Heersink name on the school is a powerful testament to its competitiveness among the very best academic medical centers in the world, which is indeed the result of our focus on the three E’s: excellence, expansive and encompassing,” Watts said. “Dr. Heersink’s transformative support is critical to building on our global prominence and impact, and his humility and commitment to making the world a better place are inspiring. We will work diligently every day to honor his confidence and trust.”

Heersink says UAB and the School of Medicine have been instrumental in the lives of his family. He and his wife, Mary Parks Heersink, have been married 43 years and have six children: ophthalmologists Mila, who is a UAB School of Medicine graduate, and Sebastian, an MIT and Georgetown Medical School graduate; Bayne, a dentist who graduated from the UAB School of Dentistry, including a two-year UAB prosthodontic fellowship; Damion, a licensed U.S. patent attorney now training to become an internal medicine physician at Ochsner Health System in New Orleans; and twins Christiaan and Marius — both participated in the Early Medical School Acceptance Program (EMSAP) and obtained a combined M.D./MBA degree from UAB and are in ophthalmology and family medicine residencies, respectively. The Heersinks’ daughter-in-law Juanita Titrud Heersink, M.D., was Ms. UAB in 2003, graduated from the UAB School of Medicine and completed her internal medicine residency at UAB.

The Heersinks are well-known philanthropists in Alabama and beyond, having made significant donations from their personal funds and through their family foundation. Previous gifts and pledges to UAB include those to renovate the atrium in the School of Medicine’s Volker Hall and to establish the Heersink Family Active Learning Resource Center in Volker Hall, the Heersink Family Endowed Glaucoma Fellowship and the Heersink Family Foundation Scholarship Endowment in Optometry, among others.

“We are proud that UAB has played a significant role in the lives of the Heersink family and that they chose to help advance the School of Medicine’s transformative trajectory,” said UA System Chancellor Finis St. John. “On behalf of the Board of Trustees, the University of Alabama System and all those we serve, I thank the Heersinks for their record gift, which will further strengthen our systemwide commitment to excellence in teaching, research and service, and expand our positive impact in Alabama and beyond.”

Dr. Heersink is a cataract and laser refractive surgeon and co-owner and chairman of Eye Center South in Dothan, a practice he and John Fortin, M.D., opened in 1980 and now has 12 offices in Alabama, Florida and Georgia. Heersink and his family opened Health Center South, a 140,000-square-foot, state-of-the-art medical complex for doctors of all specialties in Dothan. Heersink is also an owner or agent of many other companies, including real estate holdings and manufacturing entities in the United States and abroad. He is a fellow and member of several professional organizations, including the American Academy of Ophthalmology, the International College of Surgeons, the American College of Surgeons, the American Society of Cataract and Refractive Surgery, and the Royal College of Physicians and Surgeons. He is certified by the American Board of Eye Surgeons. His professional memberships also include the Houston County Medical Society, the Medical Association of the State of Alabama, the American Intraocular Implant Society and the American Medical Association. He has a special interest and training in the diagnosis and surgical treatment of cataracts as well as laser vision correction. Heersink is also the founder of the Eye Education Foundation, which organizes yearly continuing education seminars in which doctors share their knowledge, experience and insight. The seminar, accredited in many states, is in its 33rd year.

Mary Heersink serves on the UAB School of Medicine Board of Visitors. She is also a member of the Advisory Board of the Master of Global Health Program, a joint initiative among McMaster University in Canada, Maastricht University in the Netherlands, Manipal University in India and Thomassat University in Thailand. After her then 11-year-old son Damion nearly died from E. coli in the early 1990s, she wrote the book, “E. coli 0157: The True Story of a Mother’s Battle with a Killer Microbe,” and became a key advocate for federal oversight and regulations. She cofounded and sits on the board of directors of STOP Foodborne Illness, a national food safety organization. She also serves or previously served on boards of directors for numerous nonprofit and civic organizations in the Dothan area, including Girls Clubs of Dothan, the Wiregrass Museum of Art, Houston Academy and Landmark Park.

An event will be scheduled at UAB to formally recognize and celebrate the Heersinks and this transformational gift.

“The significance of this record gift to the School of Medicine, UAB and the University of Alabama System cannot be overstated,” Watts said. “We look forward to celebrating the Heersinks, their generosity, and the significant advancements in research, medical education and health care we will accomplish together.”