Japanese netizens react to U.S. dentist offering free cleanings if you beat him at Smash Bros 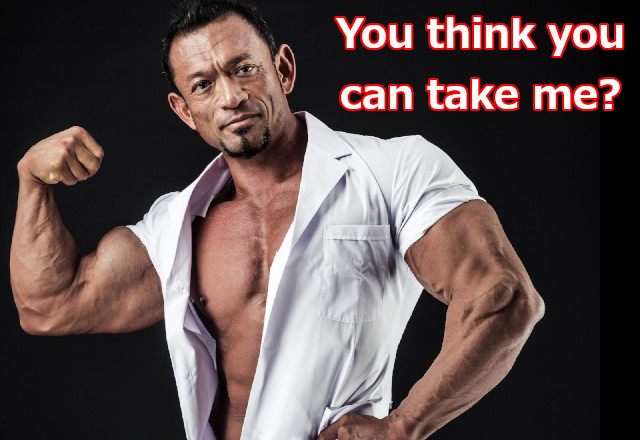 Does he main Dr. Mario though?

As a dentist, sometimes you have to get creative to get people to actually come see you. Very few people actually want to go to their dentist, so having incentives like a dentist butler who will let you lay your head on his lap can make it more appealing for some.

But one dentist in the state of Massachusetts in the U.S. recently came up with a unique way to entice customers: offering them a free cleaning if they beat him at Super Smash Bros.

▼ You can check out the 15-second advertisement here in all its glory.

According to the website for the dentist office, Zen Family Dental in Ashland, Massachusetts, Dr. Shah has a gaming history to back up his challenge. Before transitioning to work as a dentist, he worked as a software engineer making video games to train U.S. marines, and his favorite gaming series is Final Fantasy.

Whether or not that means he plays as Cloud in Super Smash Bros. Ultimate is unclear, but one thing is for sure: beating him is not going to be as easy as remembering to brush twice a day.

Even though the offer is only good at that one location, word of the offer quickly spread to the Japanese side of the Internet, where netizens expressed their joy anyway:

“I want to battle him online.”
“I have no idea why this is happening, but it’s a bold campaign! I’d do it if I lived there.
“If you lose to the haisha (dentist) then you are the haisha (loser).”
“Captain Falcon: ‘Show me your tooth!’”
“Dentist: ‘How can I play games while at work… eureka!’”
“Shouldn’t it be a game of Dr. Mario instead lol.”
“I bet he’s actually really good at it….”
“That should put a smile on kids’ faces.”
“Or he’ll beat the kids so badly that he’ll make them cry double at the dentist lol.”

We hope that Dr. Shah’s campaign is a success, and maybe he can even post some videos of him creaming some patients in Smash to bring in more challengers… potentially even ones from overseas!

Hopefully no anime girls will take up the offer, though, because we all know what horrors lie waiting in their mouths.

Source: YouTube/Zen Family Dental via My Game News Flash
Top image: Pakutaso (Edited by SoraNews24)
● Want to hear about SoraNews24’s latest articles as soon as they’re published? Follow us on Facebook and Twitter!

Dietary Factors Affecting the Prevalence and Impact of Periodontal Dis