Mark Marunick, D.D.S., professor of Otolaryngology Head and Neck Surgery for the Wayne State University School of Medicine, died April 24. He was 69.

Dr. Marunick had a long and distinguished career as a clinician, educator, researcher and administrator. He held multiple positions, including chief of Dentistry at the 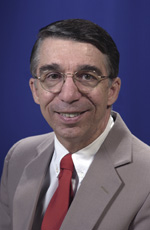 Detroit Medical Center, director of Maxillofacial Prosthetics at the Barbara Ann Karmanos Comprehensive Cancer Center, adjunct clinical professor in the Department of Biologic and Material Science, Division of Prosthodontics at the University of Michigan, and consultant to the John D. Dingell VA Medical Center in Detroit and the Henry Ford Health System.

He received his doctor of dental science degree from the University of Michigan in 1975 and then entered the U.S. Public Health Service, where he served as chief dental officer of a USPHS Dental Clinic on Eglin Air Force Base in Florida. He subsequently pursued a master’s of science degree in Prosthodontics from the University of Michigan, and then completed a residency in Maxillofacial Prosthetics at UCLA in 1981. He went into private practice in Toledo, Ohio, for a few years, and then joined the Department of Otolaryngology, Head and Neck Surgery at the Wayne State University School of Medicine in 1986.

In addition to serving as a faculty member at Wayne State University, Dr. Marunick taught maxillofacial prosthodontics to University of Michigan prosthodontic graduate residents. He was a sought-after speaker at national and international meetings and conferences. His wisdom and knowledge benefited many trainees and the patients they care for. He wrote numerous articles and book chapters, and co-authored a textbook on maxillofacial prosthetics.

“Mark touched the lives of countless patients through his expertise in the field of prosthodontics and maxillofacial prosthetics,” said Ho-Sheng Lin, M.D., chair of the Wayne State University Department of Otolaryngology. “Through his skilled hands and patience, he helped patients regain the ability to eat and talk after major cancer surgeries. He also fabricated facial prostheses for the nose, ear and orbital regions to help rehabilitate patients after devastating trauma and cancer surgery.”

Dr. Marunick is survived by his wife, Robin, and his children and grandchildren.

A memorial Mass will take place in the fall.

Should You Floss Before or After Brushing?