KEARNEY – University of Nebraska at Kearney freshman Isaiah Mahone’s first word was an unusual one – “hallelujah.”

His parents thought it was a sign that he was destined for greatness.

“I’m pretty sure they thought it in the way of bringing people to Christ,” Mahone explained. “If someone needs that motivational word, I’ll be there to give that to them and just bring life into them.”

The pre-dental hygiene student also wants to change the world through activism.

“I pursue activism to encourage people to voice their opinions. If something is wrong, you don’t have to be silent about it,” he said.

As a gay African American man, Mahone has felt marginalized in society and was bullied at school through his freshman year in Louisiana. As a light-skinned Black kid with Creole roots, neither Black nor white kids accepted him.

People called him “flamboyant,” “prissy boy,” “motor mouth,” “different” and “extra.” But he didn’t let others get him down.

He responded to the “extra” comments with, “Yeah, I’m extra-ordinary.”

“I reflect it to a positive thing, instead of a negative, because I won’t allow it to weigh on my mental psyche,” he said.

Mahone had a great support system at home. His stepfather, who was involved in a church choir, taught Mahone about God and instilled a passion for music within him. He set an example for Mahone.

“He showed me the ways of being a man, that it’s OK to cry and show my vulnerability, and also being independent and thinking for yourself,” Mahone said.

Mahone’s sister, who is eight years older, is someone he can always confide in. She was the first person Mahone talked to about being gay. And, Mahone said, she encouraged him to “come out of the closet” in fall 2020.

When Mahone was a sophomore in high school, he moved with his mother to Papillion, near Offutt Air Force Base where his sister is stationed. At his new high school, Papillion-La Vista South, his teachers recognized his leadership potential and nominated him for Inclusive Communities, an Omaha-based nonprofit.

Through the social justice organization, he learned about diversity and inclusion. He also felt comfortable being himself.

“Inclusive Communities allowed me to be vulnerable with people and know what other people go through,” he said.

The organization “ignited a passion for social justice” within Mahone. He went on to start a diversity group, Titans Inc., during his junior year at Papillion-La Vista South, where minority students represent about 18% of the total enrollment. His goal was to educate the entire population about diverse topics.

Each month, the organization created educational posters on topics such as Black history in February, women’s history in March and National Hispanic Heritage Month in the fall. Representatives from Inclusive Communities also visited his school and facilitated diversity workshops for teachers and student leaders.

Mahone expanded his involvement by serving as a counselor in training his junior and senior years. He credits the organization for all he knows about being a social justice activist. 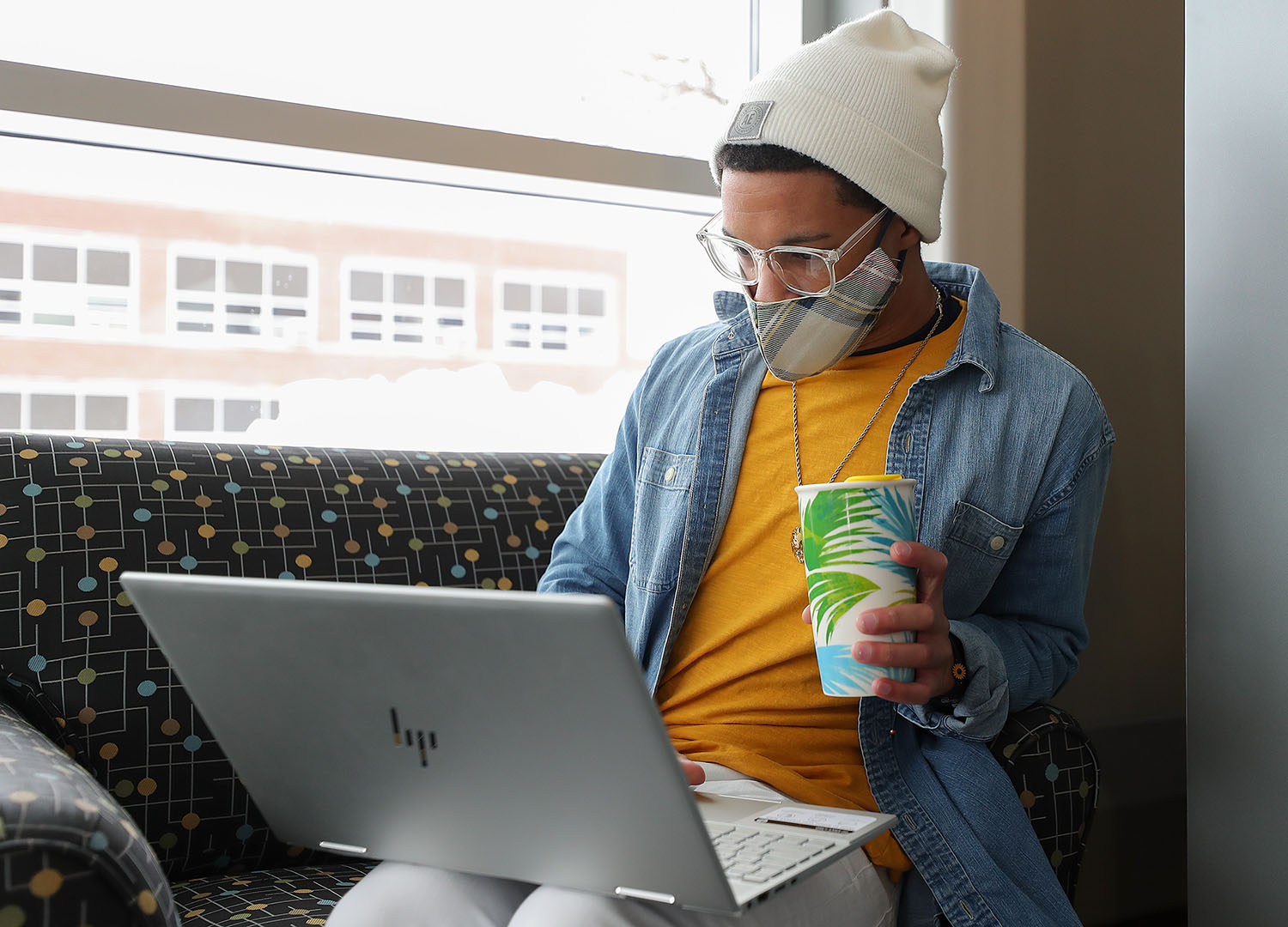 Mahone uses his positive attitude and developing leadership skills to inspire others at UNK.

In his first semester, he was elected social chair of the Residence Hall Association. This semester, he began his role as president of the Black Student Association and was selected to be in Men’s Project, which is comprised of student leaders who identify as men and address misconceptions about masculinity.

Mahone also is involved in the UNK a cappella group Harmonics, which provides him a creative outlet to express himself, and the Loper 2 Loper Mentoring Program.

As social chair of the Residence Hall Association (RHA), Mahone plans educational activities for students each month. RHA organized a food drive for the Loper Pantry in February and is planning an environmental activity in March and an April event where health care professionals speak to RHA leaders about the dangers of binge drinking.

Because of his involvement in RHA and desire to inspire change, Mahone is the perfect person to serve as president of the Black Student Association (BSA).

Mahone said he wants to provide a safe place for other Black students to voice their opinions.

His Loper 2 Loper mentor and former BSA adviser Ashley Olivas said, “He wants to make it an affirming community. In terms of racial identity, there are not a lot of Black students on our campus, so he wants to make sure they feel included.”

Mahone is focused on recruiting more Black students to BSA. The organization is planning more activities for Black students, and Mahone wants to incorporate themed months like he’s done with other groups.

Education, he said, is how he approaches activism.

“I know a lot of people who are in the forefront and go to protests and actually do the action,” Mahone said. “For me, I feel like using words. Words are powerful.”

He learned this form of activism from researching Martin Luther King Jr. and Black and gay mid-20th century author and activist James Baldwin, whom Mahone considers a role model.

Mahone shares a passion for activism with Olivas, the enrollment and events outreach coordinator in UNK Admissions. The pair meet at least once a month and often talk about social justice issues.

“He leads with compassion and passion,” she said. “He’s so excited about everything he’s doing.”

After completing two years of dental hygiene prerequisites at UNK, he plans to enroll at the University of Nebraska Medical Center. When Mahone becomes a dental hygienist, he wants to educate and comfort people, especially African Americans, during their visits.

He learned through research and from family stories that there are disparities in dental care for African Americans. For example, Mahone’s grandparents couldn’t afford to take their children to the dentist or promote proper dental hygiene.

“My parents had many cavities, gingivitis and variations of disease,” Mahone said.

But they made sure Mahone, his sister and two older brothers were provided good dental care. Mahone had braces for seven years, an expensive privilege for which he is grateful.

“I probably wouldn’t be as jubilant as I am or so lively and bubbly if it weren’t for me having braces,” he said. “As a dental hygienist, I want people to feel confident and know they are beautiful.”

He is also proud to break gender stereotypes in the profession.

“Dental hygiene is considered a female occupation, but those are false notions. I can still be a man and be a dental hygienist,” Mahone said. “Plus, I love to interact with people.” 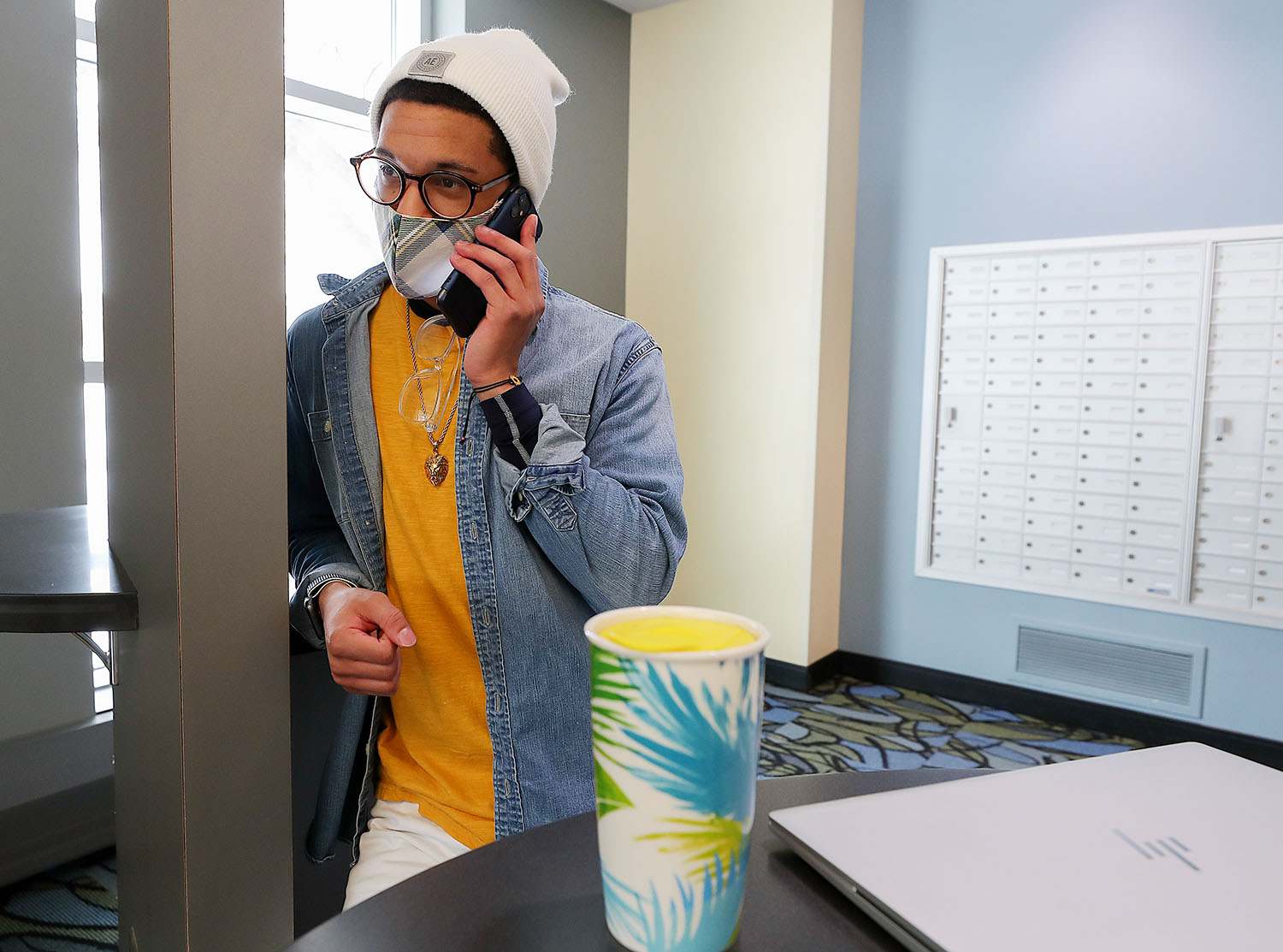