Why even ‘wealthy’ New Zealanders are avoiding the dentist


It’s no surprise that poorer New Zealanders aren’t seeking dental treatment when they need it. But what about those who live in the country’s most prestigious suburbs?

If you own a house in Takapuna, one of Auckland’s hottest housing markets, you’re sitting on a property that’s worth more than a million dollars. The value of your house probably appreciated by about 30% in the last year. And yet, out of you and your two neighbours, one of you isn’t going to the dentist because of the cost.

Dental care for adults in New Zealand is one aspect of healthcare that is almost entirely funded by the individual. With the cost of treatment ranging from $94 for a check up to $3,000 for a single-tooth implant, teeth are, it seems, luxury bones. And according to the New Zealand Health Survey, even the most comfortable New Zealanders are neglecting their luxury bones because they can’t afford to see a dentist.

In 2019, 42% of adults across New Zealand had an unmet need for dental care due to cost. More surprising, however, is that among the least deprived 20% of the country, a staggering one in three people did not go to the dentist because of cost. At the other end of the spectrum, among the most deprived New Zealanders, 51% needed to see a dentist but did not do so because of cost. These numbers have held steady or even increased slightly since 2013. The top quintile, or least deprived New Zealanders, live in suburbs we typically associate with wealth: Takapuna and Saint Heliers in Auckland, Miramar and Thorndon in Wellington, Merivale and Sumner in Christchurch. These are areas we equate with private schools and property investment portfolios. Not neglected root canals. It’s important to note that the New Zealand Deprivation Index is not a straightforward measure of income, although lack of income does contribute to how deprived someone is. Rather, the least deprived are people who are spared many of the hardships associated with poverty; they have internet access, are employed and have qualifications. They do not receive a means-tested benefit, they have a household income above a certain threshold and likely own their own home. They are more likely to have a two-parent household and don’t live in a house that is overcrowded, damp or mouldy. 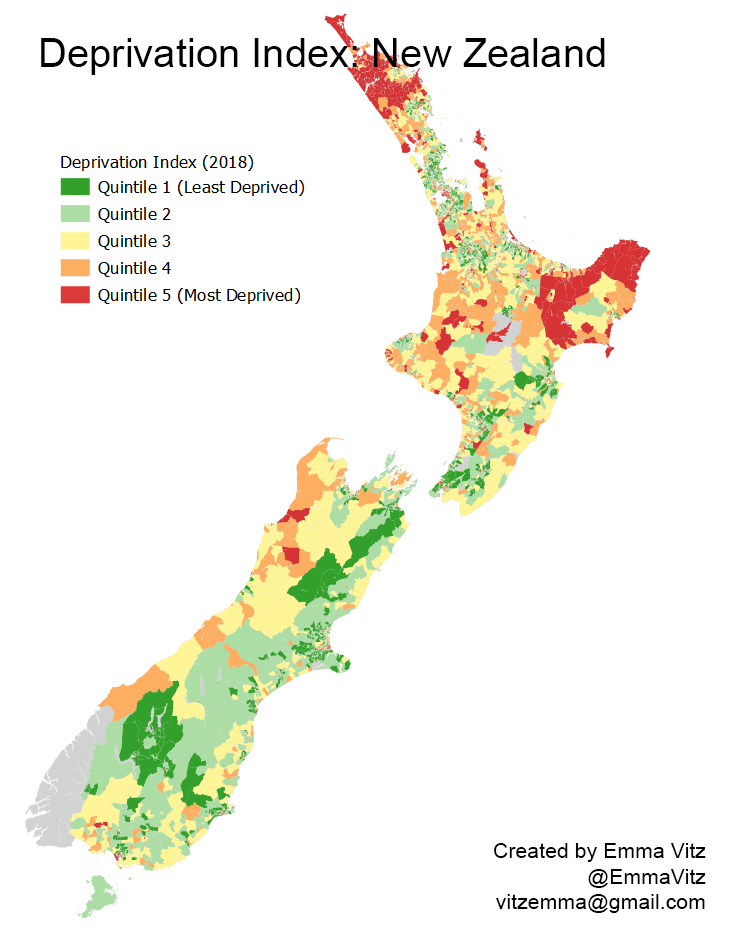 So while being located within an area that is not deprived does not mean someone is flush with cash, it does provide a measure of stability and how much access someone has to essential services. But it seems like even among the least deprived, dental care in New Zealand is a service that is sorely missing.

So what’s the reason? Do we harbour a fear of the dentist that we would rather explain away as a financial constraint? Have we neglected to see the dentist for so many years that we are convinced the impending bill is in the tens of thousands of dollars?

One possibility is that households may have problems with cash flow and liquidity. Liquidity relates to how much cash (or assets that can be turned into cash quickly and easily) someone has available. It’s possible to have substantial wealth on paper – likely in the form of property in New Zealand – while still struggling to meet the ongoing running costs of a household.

This is speculation on my part. The data indicates that many people, including those we might consider wealthy, say they cannot afford to see a dentist even when they need to. It doesn’t tell us why. But it makes me question whether the fact that our household net worth has increased by 5.5% in the past year reflects a country that has increasing wealth in the form of illiquid assets, but not enough cash in our wallets to meet our day-to-day needs.

Whatever the reason, it provides a grim outlook on the dental prospects of New Zealand society as a whole, and the dental health or poorer people, when such a large chunk of our supposedly wealthiest cohort say they can’t afford treatment.

Subscribe to The Bulletin to get all the day’s key news stories in five minutes – delivered every weekday at 7.30am.

Carroll Ann Trotman to serve as dean of College of Dentistry